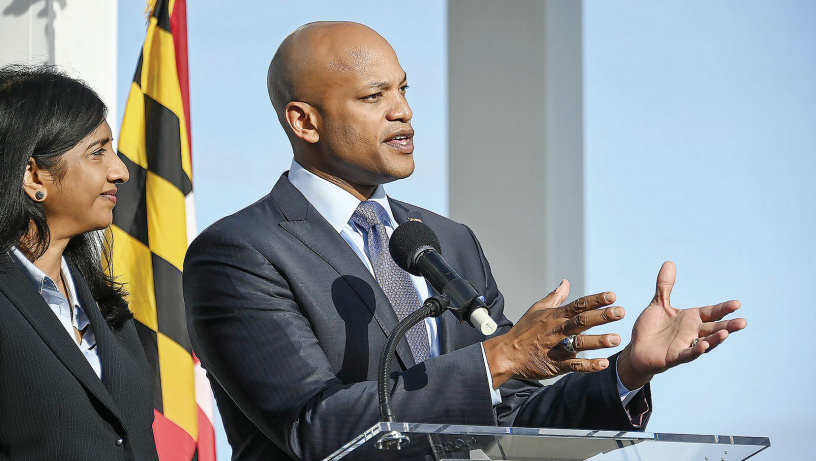 Unlike Florida and Texas, Maryland is a deep blue state with a 2-to-1 margin of Democrats. For Republican Gov. Larry Hogan to have won the election in 2014 and then re-election in 2018, the moderate Republican was able to put together a coalition of Republicans, independent voters, suburban women, and crossover Democrats.

Many of those crossover Democrats were Asian, Latino, and Black voters. Hogan, who is term-limited, refused to support the Republican candidate in this year’s governor’s race to succeed him. He described the Trump-endorsed Republican gubernatorial nominee as “a QAnon whack job” unfit for office.

Many Maryland voters agreed, instead electing Democrat Wes Moore, who became the state’s first Black governor. The governor-elect had a resounding victory by winning 60 percent of the vote.

He is also the third Black person ever elected governor of a U.S. state since Reconstruction. Doug Wilder of Virginia and Deval Patrick of Massachusetts were the first two.

As a Democrat, Moore assembled a similar Hogan-type coalition, this time with Republican crossover voters.

The former Rhodes Scholar, combat veteran, best-selling author, Wall Street money manager, and former CEO of one of the nation’s largest anti-poverty organizations is a newcomer to politics.

His internal polling last fall showed that he was the choice of only 7 percent of Maryland Democrats.

Despite never holding an elected office, Moore was not completely unknown in political circles. He was encouraged to run for office in the past— for mayor of Baltimore and for Congress after the death of longtime U.S. Rep. Elijah Cummings.

His patriotism resonated with voters regardless of their political ideology. Wes Moore loves his country, and it became an obvious fact to specific voters who are accustomed to Republicans being the party promoting patriotism and love of country.

He believes it is critical for the next leader of Maryland to articulate that no one political party or movement holds a monopoly over service to the country. He made it known that you can be both a proud Democrat and a proud patriot. Moore reminded voters that it is the Democrats who are fighting to safeguard free and fair elections.

Compared to MAGA election deniers, the Democrats are true patriots. As a former Army captain, he ran his campaign on the military slogan of “Leave No One Behind.” Moore served as a paratrooper in the 82nd Airborne Division of the U.S. Army and was deployed to Afghanistan in 2005.

When we compare the overall wealth of Maryland to the despair, abandonment, and blight of crime-ridden areas within Baltimore City, the poorest residents are undoubtedly left behind. Only time will tell if lasting progress will be made in this area.

As a Maryland resident, it is refreshing that the governor-elect understands the plight of the poor and the need to strategically provide state resources to localities in addressing the root causes of crime and public safety.

The expectations for Moore will be high as the first Black governor. It is not easy being the first Black in any endeavor. But with the help of a Democratic-controlled general assembly, one can see Gov. Wes Moore sending the battalion to Baltimore.

David W. Marshall is the founder of the faith-based organization, TRB: The Reconciled Body, and author of the book “God Bless Our Divided America.”