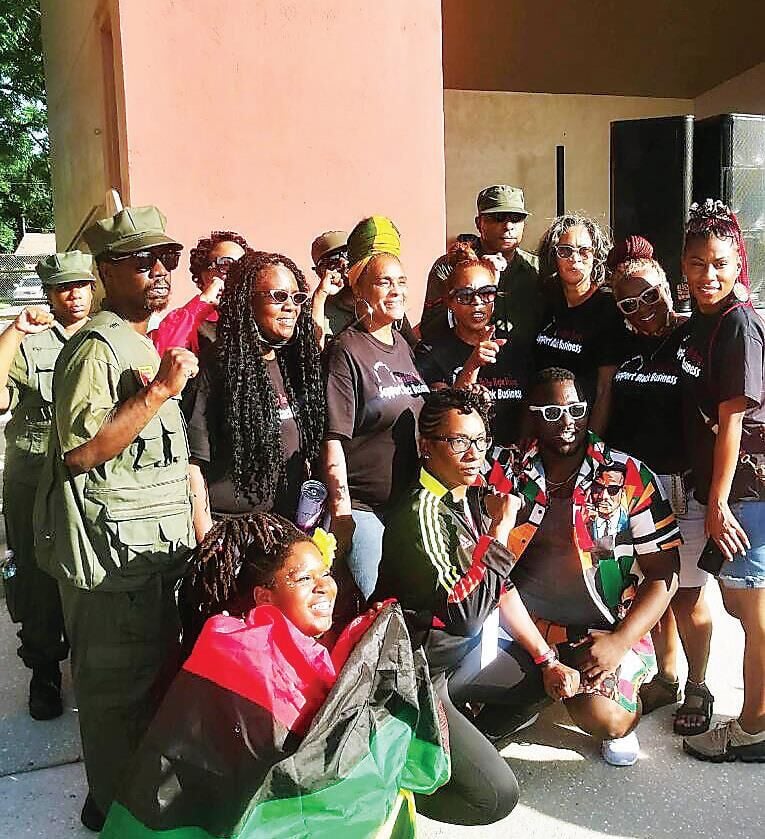 Members of Community Healing Project along with community members, speakers and vendors pose for a picture at the event. 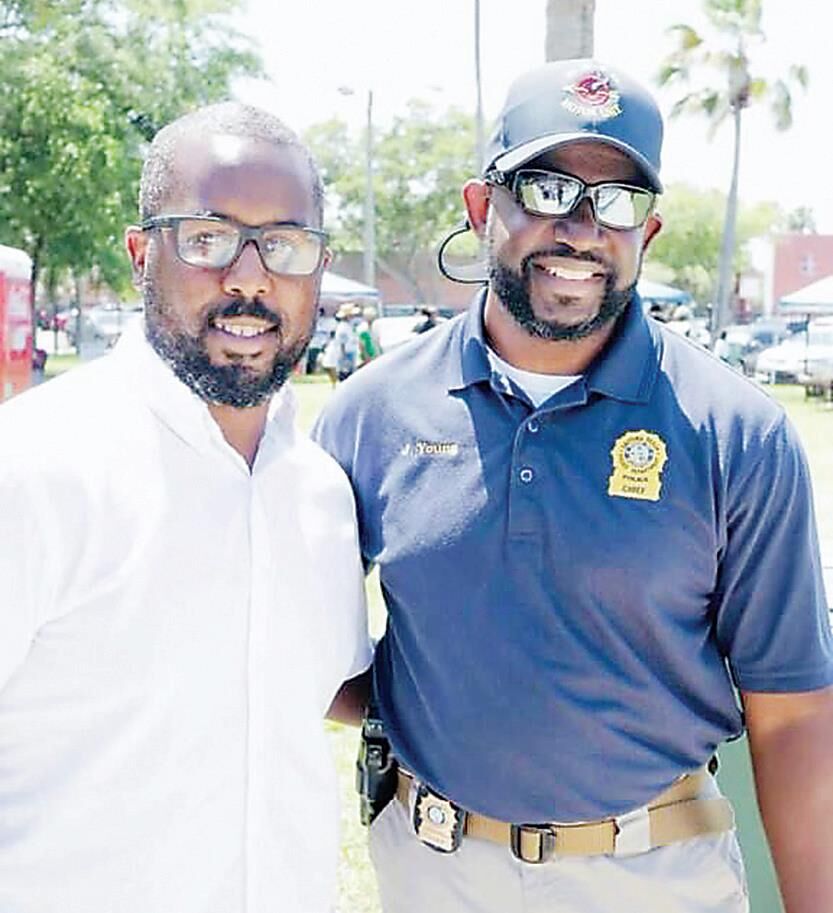 The event was held on May 17 at Daisy Stocking Park and was hosted by Community Healing Project (CHP), a non-profit organization run by activist Dyrell Johnson, better known as Rell Black.

Before the event, there was controversy between Community Healing Project and the Volusia Young Democrats about Minister Mikhail Muhammad, the Supreme Leader of Nubians United for Self-Defense, as guest speaker.

The Black Muslim group is called racial extremist by some but receives praise from others for speaking out against racial injustice.

“I love Black people. That doesn’t mean that I hate anyone. It is not in the nature of Black people to hate,” Muhammad told the Daytona Times.

Muhammad also touched on the legacy of Malcolm X.

He became a prominent Muslim minister and spokesperson within the Nation of Islam. He articulated Black nationalism and pride.

Johnson said he was pleased with the event.

“We had a great turnout. This event is good for the community. It’s positive. It shows that we can come together as a community and support one another,” Johnson said.

“This event shows the importance of civil rights and the struggle of our people in this country. We need to know where we come from in order to have a better future.”

Those who attended said they were glad to celebrate the legacy of Malcolm X.

“This is a great event. There should be more Malcolm X Day celebrations across the country. It is a fun community event. They even gave away free books,” said Arlena Davis.

Ronda Bostick noted, “This is an excellent event recognizing Malcolm X’s birthday and legacy. It is a cultural celebration. I like the events that Rell Black and Community Healing Project have done to promote love, unity and culture just as Malcom X did.”

Malcolm X Day was also a way for vendors to make a buck and share information or both.

Griffin told the Times, “We are here to educate our family and friends on skin care. The skin is the largest organ of the body. We must exfoliate and moisturize it.”

“We need our own political parties. The Democratic party is never going to be for the best interest of Black people,” expressed Muhammad.

“We are excited to be here supporting the Black-owned businesses in Daytona Beach. We must support and promote Black businesses. We need to talk about them and put them on social media,’’ she said.

Books, face masks, sanitizers and baby diapers were given away. Count