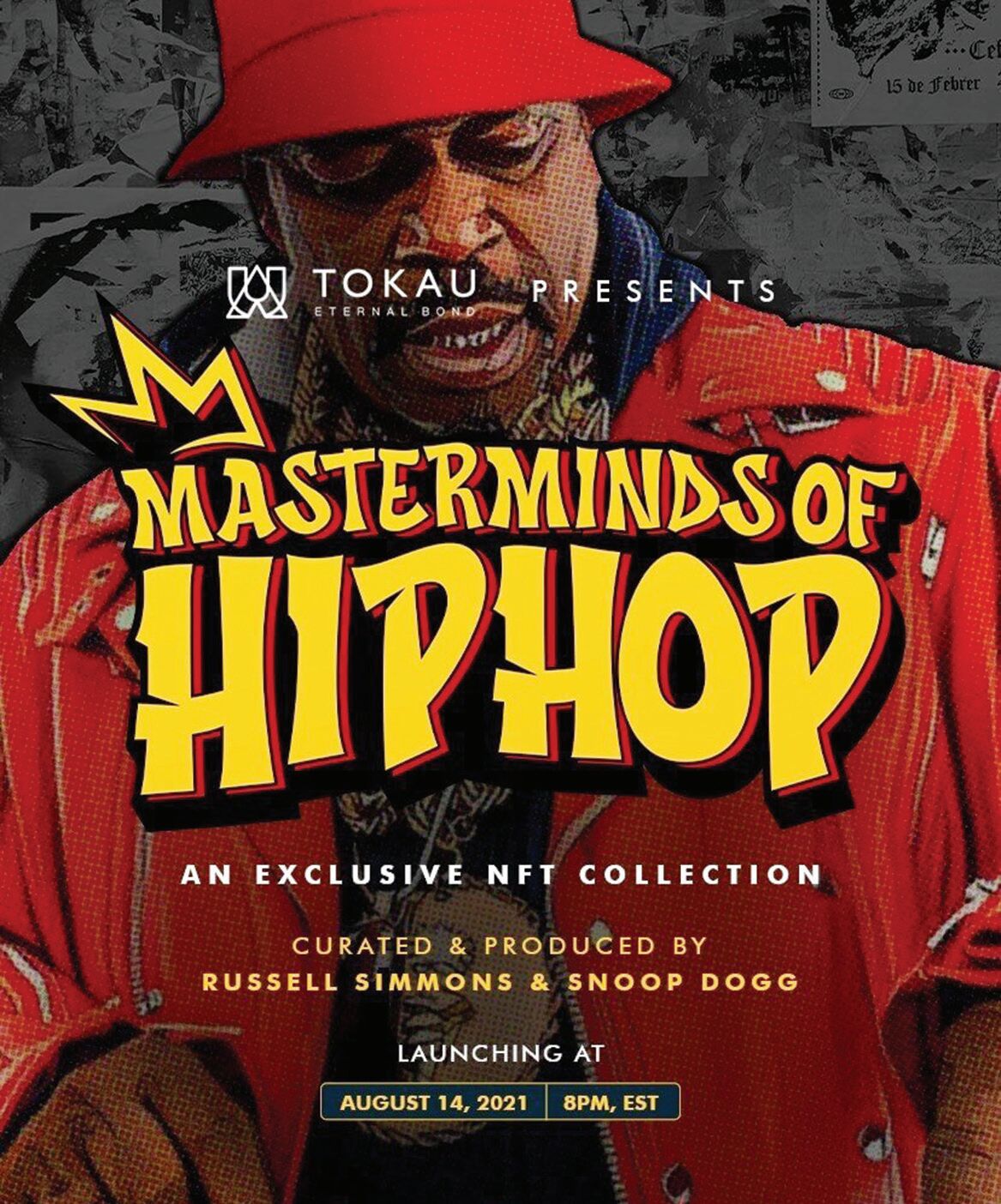 NEW YORK – Russell Simmons says he wants hip-hop pioneers to get their flowers and much-deserved money while still alive.

Over three days in New York – beginning with a massive celebratory dinner at The Chop House  in the city’s financial district, Simmons and some of raps unsung pioneers officially unveiled the  Masterminds of Hip- Hop – a collaboration with NFT marketplace Tokau.

The NFT – non-fungible tokens – honors those who laid the groundwork for hip-hop culture today like D.J. Hollywood, Busy Bee Starski, Grandmaster Caz, and others.

Superstar Snoop Dogg will curate the NFT collection, which he and Sim- mons hope will reap cash for individuals like Hollywood, Caz, and a host of legendary founders.

“This is a multi-billion-dollar industry, and there are so many of the younger generation who don’t know the shoulders on whom they stand,” Simmons told NNPA Newswire during the Chop House dinner. “Some of these guys [founders] don’t even have bank accounts, but we have to consider, all of us have to consider, none of us would be here without them.”

Simmons insisted the Snoop Dogg “gets it.”

“He wants to be a part of this. That’s why I love him so much,” Simmons asserted. “Snoop has such a big heart; he cares about these guys.”

D.J. Hollywood, Nikki D, and Uptown Records co-founder Jimmy Luv sat near Simmons during the launch event, and each toasted the Def Jam founder for his vision and desire to recognize the master- minds of hip hop.

“I took the word, put it to wax, and everything else is history,” Hollywood pro-claimed. “What people don’t know is what it took to ride this train. You had people rapping well before me, but nobody brought it to life before me with two turn-tables and a microphone.”

Added Nikki D, the first female hip-hop artist signed to Def Jam Records: “A lot of people don’t ever get their flowers. The NFTs bring forth the forefathers, and now a lot of people can see the shoulders that they stand on.”

“The guy always gives back, and you can’t help but to appreciate that,” he said. Simmons said each NFT would be an exclusive collection featuring artwork and never-before-heard stories from hip-hop pioneers.

“It’s a celebration of hip-hop,” Simmons concluded. “Hopefully, the NFTs will make a lot of money for these individuals, and hopefully it will set the record straight, and the young people in hip-hop will recognize these giants and give them their flowers while they are still here because a lot of [the pioneers] have checked out and never got their flowers.”