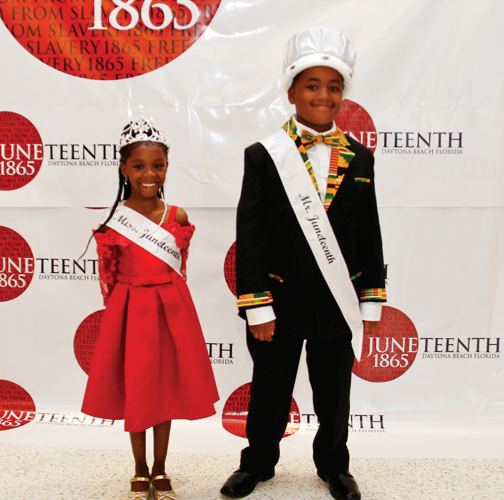 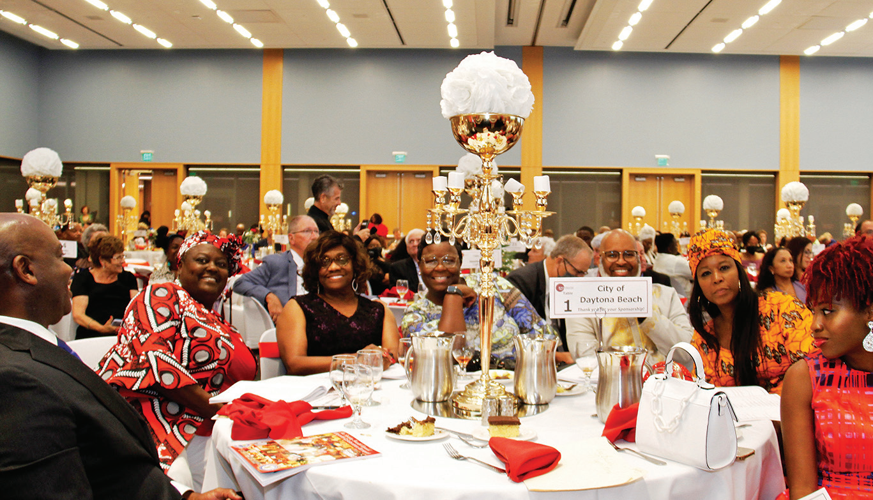 The City of Daytona Beach’s leadership enjoy the festivities. 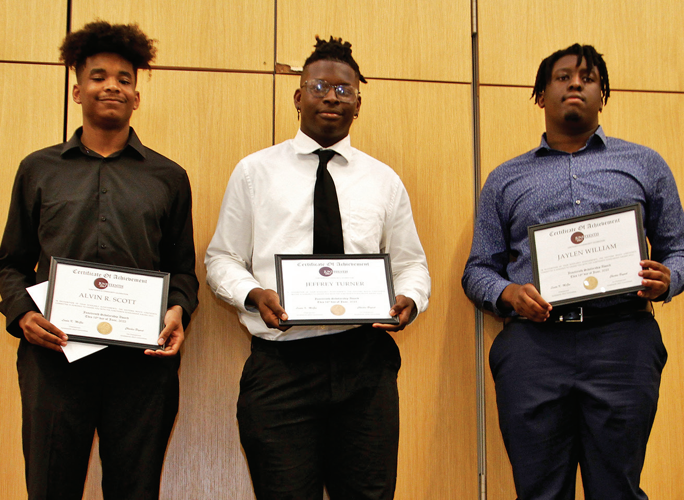 The major sponsor for this event was the City of Daytona Beach. It was hosted by Judge Hubert Grimes and Ruth Lopes, and the banquet meal was provided by Sodexo.

Twenty Hometown Hero awards were given to people who have worked tirelessly in the Daytona Beach community and other communities as well.

Awards were passed out to the “Heroes” by Daytona Beach city commissioners. Awards to the late Norma Bland and the late Elder James A. Pompey were posthumous.

An African drumming procession welcomed everyone to the event. The Call to Prayer and the ecumenical prayers were delivered by five different faith groups. Proclamations were read by Daytona Beach Mayor Derrick Henry and Volusia County Council Chair Jeff Brower.

More than 30 sponsors participated in the event. Linda McGhee, who has been the chair of this event for the last 24 years, was crowned “Queen of Juneteenth.”