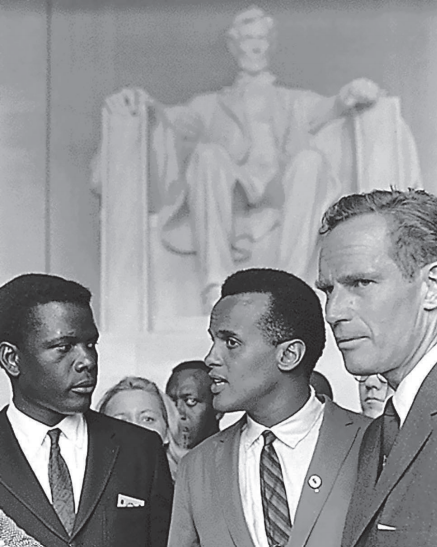 Sidney Poitier, Harry Belafonte and Charlton Heston stand at the Lincoln Memorial at the March on Washington on Aug. 28, 1963. 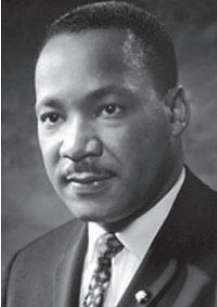 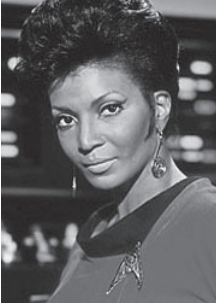 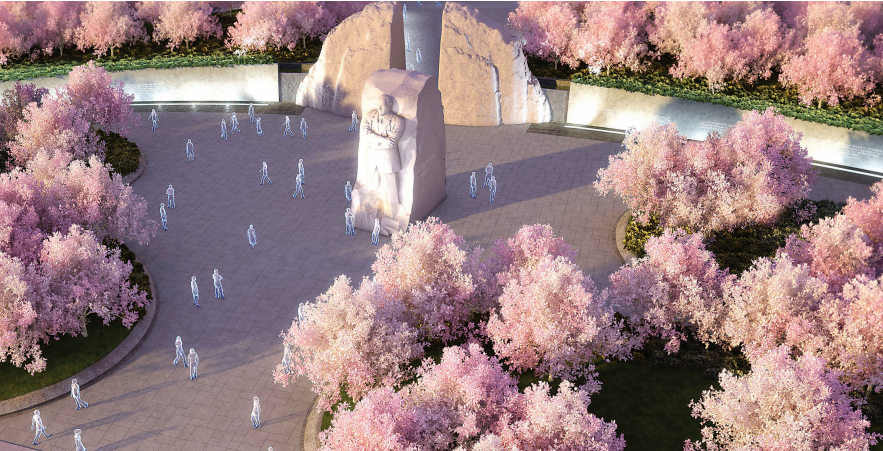 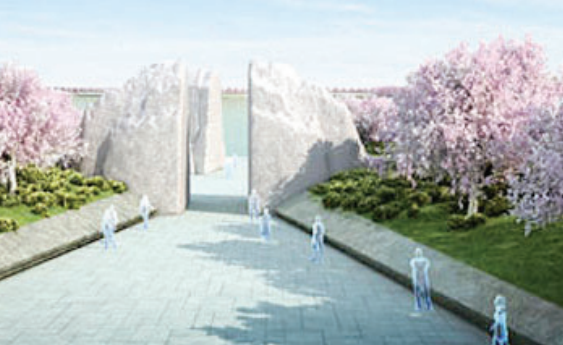 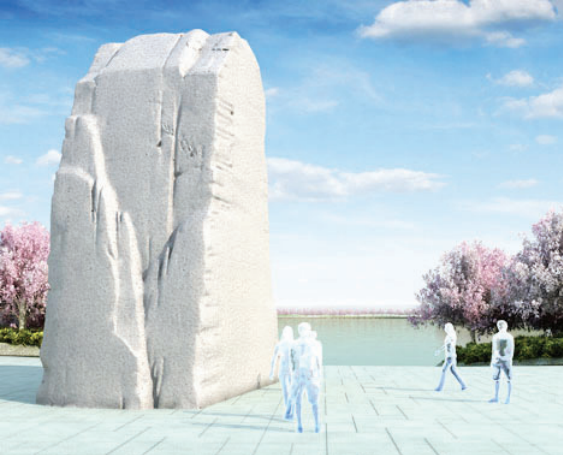 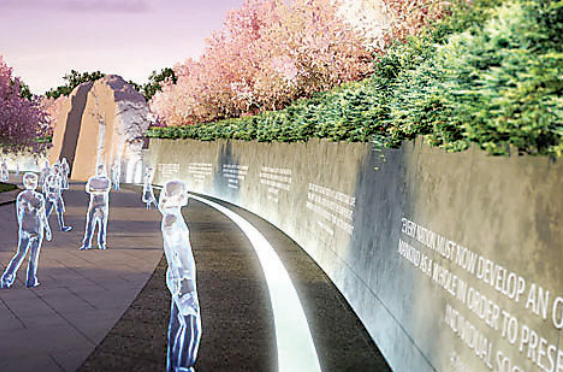 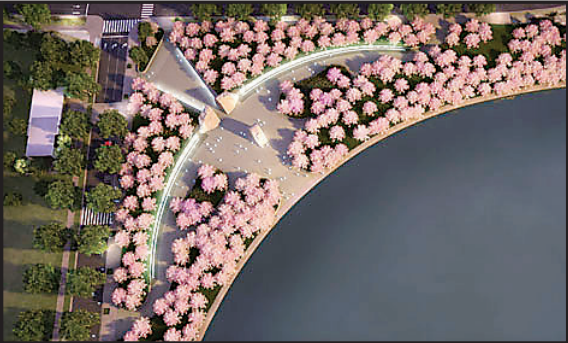 As the nation honors Dr. King, here’s a look at his legacy and his star power

Editor’s note: This is a reprint of an article published in 2011, the year the MLK Memorial opened in Washington, D.C.

King was about star power. That means he knew how to captivate an audience in the palm of his hand on a hot, humid day when most Americans would rather just abandon the city for the beach. In other words, King was a minister by trade, an entertainer by necessity. And he garnered assistance from the best.

Harry Belafonte was in his corner; so were Frank Sinatra, Sammy Davis Jr., Charlton Heston, Gregory Peck, Lena Horne, Leonard Bernstein, James Baldwin. And that was before it was even cool to be associated with the movement.

“When an artist showed up of the caliber of a Burt Lancaster or Marlon Brando,’’ actor-singer Belafonte recalled during “King,” a documentary hosted by former NBC News anchorman Tom Brokaw for the History Channel, “people paid attention, and if they were anointing you with their approval, then that carried us a long way.”

Clayborne Carson is the founder and director of the Dr. Martin Luther King Jr. Research and Education Institute at Stanford University. He also is editor of the “MLK Papers Project,” which Coretta Scott King entrusted him with before her death. Contacted at Stanford, he explained that the celebrity/entertainment factor “added money to the movement; it provided access to a wider audience.”

Carson, who helped design the layout of the King Memorial on the four-acre site in Washington D.C., then poignantly noted the historical significance: “(President John F.) Kennedy and King were the first figures to tap into the Hollywood industry during the Cold War era. They both recognized the importance of it.”

King became the face — and voice — of the civil rights movement in this country as an idealistic minister at age 26 in 1955; he spearheaded the fight against the taut chains of customized segregation in the South; he implemented the principles of non-violence and civil disobedience gleaned from India’s Mohatma Gandhi for his own revolutionary U.S. movement; he, ultimately, stood tall as an erudite moral arbiter of our nation — and the greatest orator of our time.

Except, before most of those majestic accolades, then-25-year-old Coretta Scott thought he was too short. Before a “star was born,” Coretta initially wasn’t impressed with a young, 5-foot-6 King, but they eventually married in 1953.

Now, King has a holiday every third Monday in January and a memorial bearing his name on the National Mall, located near the President Franklin D. Roosevelt Memorial, and not far from the Lincoln Memorial, which exhibits a subtle inscription identifying where King stood 22 steps up in ’63.

Says former Secretary of State Condoleezza Rice in the “King” documentary: “This country was born with a huge birth defect — slavery. It really was not until the ’60s that America finally lived up to the principles on which it had been founded.”

“I have a dream that one day this nation will rise up and live out the true meaning of its creed: We hold these truths to be self-evident — that all men are created equal. ...

“I have a dream that my four little children will one day live in a nation where they will not be judged by the color of their skin but by the content of their character. ...”

It was a “Dream” sermon, but it arguably wasn’t his best speech.

During the ’60s, Belafonte used his fame to start what was loosely called the “New York delegation.” It was his job to make sure the stars came out. The “delegation” was a collection of entertainers and public figures who met at Belafonte’s New York home and gathered to support King’s cause. Bernstein, the legendary conductorcomposer, was a “member”; so was worldrenowned author Baldwin.

“It was my task to make sure that I had a strong celebrity core,’’ Belafonte explained in “King,” “that I had a lot of artists to bring validation to the table. King understood the great value in that.”

Legendary singer Sinatra, for one, staged fund raisers for King; regal actor Peck marched with King during several demonstrations; actors Belafonte, Heston and Sidney Poitier attended the March on Washington, as did singer-actress Horne; folkmusic trio Peter, Paul and Mary sang at the March, and King wrote Davis a famous letter, thanking him for his support of the civil rights movement and acknowledging the integral power of entertainment. The letter, in part, stated, “Art can move and alter people in subtle ways because, like love, it speaks through and to the heart ...”

When black actress Nichelle Nichols — also known as Lieutenant Uhura on television — was considering resigning from her TV role on “Star Trek,” King, himself a “trekkie,” implored her to stay: “Don’t you realize you have the first non-stereotypical role on television. Don’t you realize that not only for our own little black children but for people who don’t look like us, for the first time they will see us as equals,” according to Jet magazine.

King gave his last public speech on April 3, 1968, in Memphis, Tenn. We sensed both an eerie fatalism and a futuristic promise in what was his seminal “Mountain Top” speech.

In excerpt, King said that night:

“But I’m not concerned about that now. I just want to do God’s will. And He’s allowed me to go up to the Mountain. And I’ve looked over. And I’ve seen the Promised Land. I may not get there with you. But I want you to know tonight, that we, as a people, will get to the Promised Land!

“And so I’m happy tonight.

“I’m not worried about anything.

“I’m not fearing any man!

“Mine eyes have seen the glory of the coming of the Lord!!”

The next night, April 4, 1968, King was struck by an assassin’s bullet in Memphis.

Has King’s legacy remained relevant the past 50 years or has it been rendered dormant, like a volcano?

As Bono, lead singer of the rock band U2, wondered during the “King” documentary: “Is he a historical figure or is he, in fact, a very present challenge to our way of seeing the world, because inequality and injustice are more pervasive now than they’ve ever been”

As Bono suggests, legacies are open to interpretation. But one aspect of King’s persona is finite, that is to say, in his own words, “The time is always right to do the right thing ...”

And “only in the darkness can you see the stars.”

The Martin Luther King Jr. Memorial is situated along the Tidal Basin in Washington, D.C., among the famous cherry trees — a gift from Japan as a sign of peace and unity. Each spring, the season of hope and rebirth, the trees bloom with delicate pink and white flowers for two weeks, often coinciding with the anniversary of King’s assassination, April 4. During the summer and early fall, blooms from newly planted crepe myrtles will offer a colorful display and sense of enduring faith.

The symbolism doesn’t stop with the trees. The memorial’s address, 1964 Independence Ave., is a reference to the Civil Rights Act of 1964. The site also creates a visual “line of leadership” from the Lincoln Memorial, where King gave his famous “I Have a Dream” speech in 1963, to the memorial honoring Thomas Jefferson, author of the Declaration of Independence.

The memorial’s sculpture also plays a symbolic role, inspired by this line in King’s “Dream” speech: “With this faith, we will be able to hew out of the mountain of despair a stone of hope.”

Visitors enter the site through a split boulder ( the“mountain of despair”) to find a solitary stone (the “stone of hope”) from which King’s image emerges.

There also is a 450-foot long, crescentshaped granite inscription wall containing 14 of King’s most notable quotes on justice, democracy, hope and love.

The group held a series of “Dream Dinners,” as well as a “Dream Concert” at Radio City Music Hall, to raise funds for the memorial.

Location: National Mall, Washington, D.C. The memorial is located across the Tidal Basin from the Jefferson Memorial.